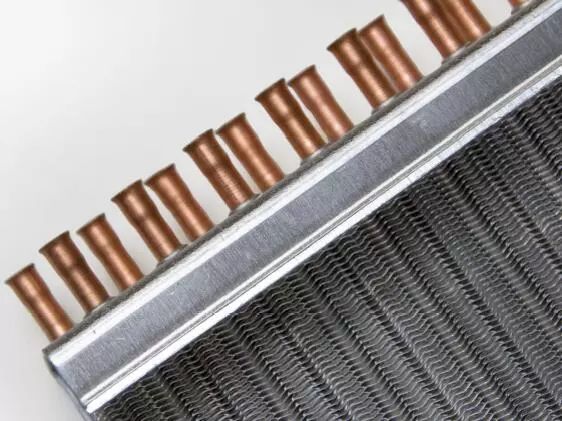 The test bench consists of three parts:
1) An air duct system that provides and guides dry air at a specific wind speed to the test sample;
2) Dust generation system, which can adjust the mass flow of dust to provide dust-laden airflow with specific dust concentration;
3) Visualize the test section, which is used to photograph the dust morphology on the surface of the test sample and measure the amount of dust deposition and air-side pressure drop.

The visual test section includes transparent plexiglass air ducts, test samples, analytical balances, differential pressure sensors, vertical lifts, trays and sponges. The sample is embedded in the 2 mm deep groove of the tray and fixed, while the 15 mm deep groove is carved around the tray and filled with sponge, and the transparent air duct squeezes the sponge in the tray groove to seal the test section. The tray is placed on the analytical balance, and the elevator is used to adjust the lifting height of the tray, so as to measure the weight of the sample and observe the appearance of the dust during the process of dust accumulation. Differential pressure sensor is used to measure the pressure drop data on the air side of the sample during the fouling process.

The experimental parameters include fin type and fin spacing. The fin types are selected as window fins, corrugated fins and straight fins, and the fin spacing is selected as 1. 5 mm and 1. 8 mm, covering common types and sizes of outdoor heat exchangers for air conditioners. Test sample real test sample physical object and structure

According to the regulations of GB 13270-91, the test dust used in the experiment contains 72% kaolin and 28% carbon black, the dust density is 2.2 × 103 kg/m3, and the median diameter is 10 μm. Due to the low dust concentration in the actual outdoor environment, in order to speed up the experimental process of fouling, at the same time, according to the normal upstream wind speed of the fin-tube heat exchanger in the outdoor unit of the air conditioner, the dust concentration of 10.8 g/m3 and the wind speed of 1 are selected. . 5 m/s for ash deposition experiments. The total length of dusting time was 255 min to ensure that the dust deposition amount was stable. The wind speed is adjusted by air compressor, flow meter and flow valve, and the powder concentration is controlled by screw feeder, control cabinet and mixing box.

The pressure drop and wind speed can be read by the differential pressure sensor and flow meter respectively, and the dust deposition amount and the dust concentration are determined by a specific relationship.

In addition, since the surface structure of the straight fins and the corrugated fins is simpler than that of the windowed fins, under the same cross-sectional area of the heat exchanger, the contact area between the two and the dust-laden air flow is smaller, so that the dust particles can be reduced. The probability of collision deposits with the heat exchanger surface is small. At the same time, since the spacing between the straight fins and the corrugated fins is larger than the spacing between the gaps of the window fins, when the accumulated dust grows to a certain thickness, it is easy to fall off the surface of the fins under the action of gravity.

PREV: How to judge the quality of semi closed piston compressor quickly? The trick is precision
NEXT: 40tons borneol machine